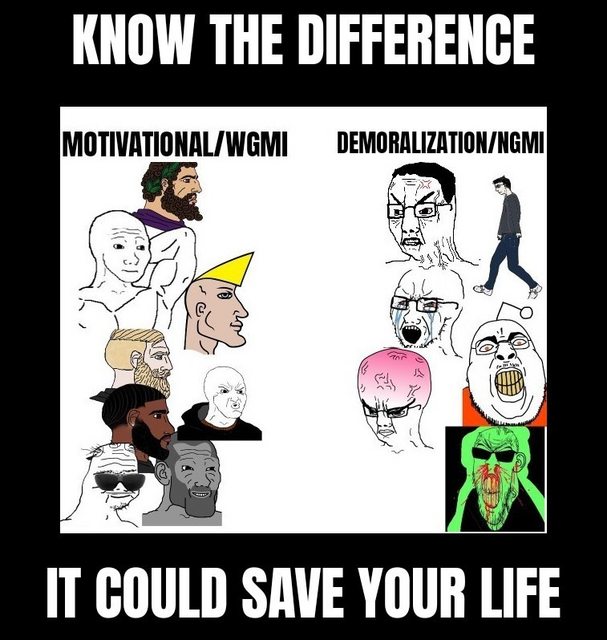 >"The fight is won or lost far away from the witnesses, behind the lines, in the gym and out there on the road, long before I dance under those lights."-ALI
>"Impossible is just a word thrown around by small men who find it easier to live in the world they've been given than to explore the power they have to change it. Impossible is not a fact. It's an opinion. Impossible is potential. Impossible is temporary. Impossible is nothing."-ALI
>"The last three or four reps is what makes the muscle grow. This area of pain divides the champion from someone else who is not a champion. That's what most people lack, having the guts to go on and just say they'll go through the pain no matter what happens."-Schwarzenegger

Its almost as if succesfull people try to make others succesfull while loser try to drag the rest down with them just to have a consolation.