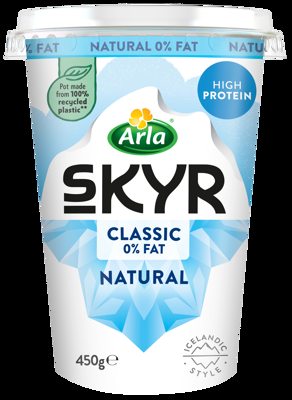 Has anyone else taken the Skyr yogurt pill? It's cheaper than Greek yogurt where I'm from, and it has more protein per gram