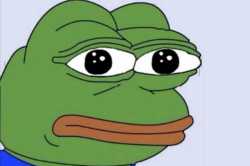 If you used steroids to build your physique what makes you think you have bragging rights over anyone?