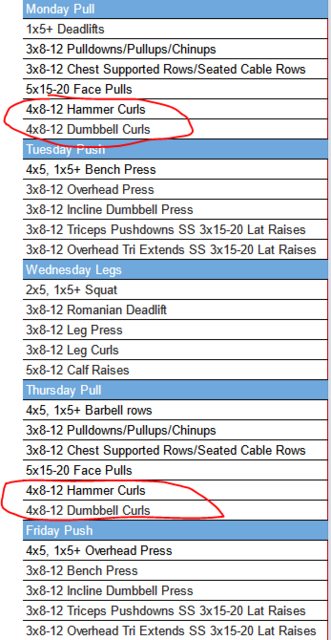 Is it a good novice routine?
And what's up with the amount of curls? 16 sets of curls a week seems excessive