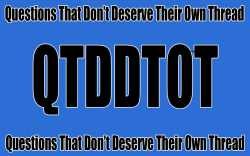 between linear and undulating periodization, which one is best for someone who has been lifting for 1.5-2 years with hyperthropy in mind?

have been plateauing for the last 3-4 months