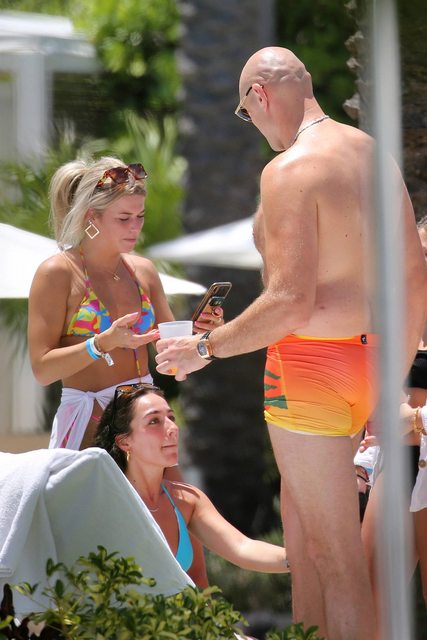 She's looking at his dick. Why is this allowed? Tyson Fury is a married man. Also Tyson Fury is not muscular how come he wins at boxing wtf?? I'm more ripped than Fury it means I can kick his ass.