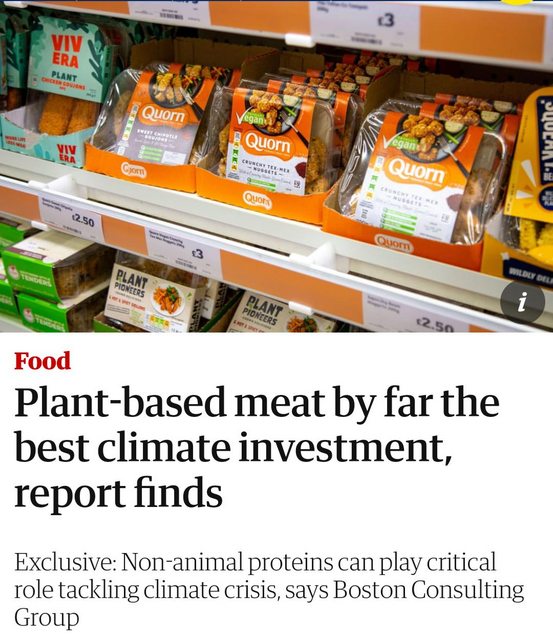 With the push to reduce the consumption of animal products due to the environmental impact how are we going to make gains?