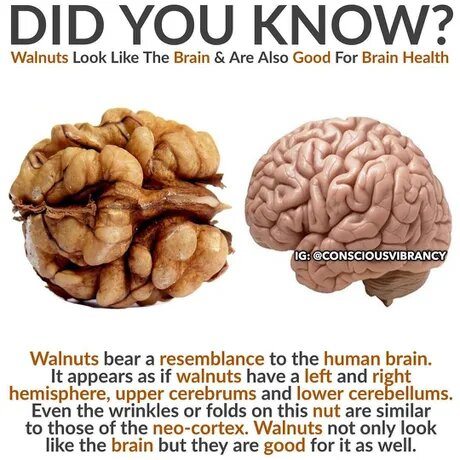 You can't tell me that this is coincidental. No matter what your beliefs are, if you call this coincidence then you are borderline re*arded. Walnuts are literally proven to benefit the brain in different ways. And it is the nut with the highest Omega 3 amount