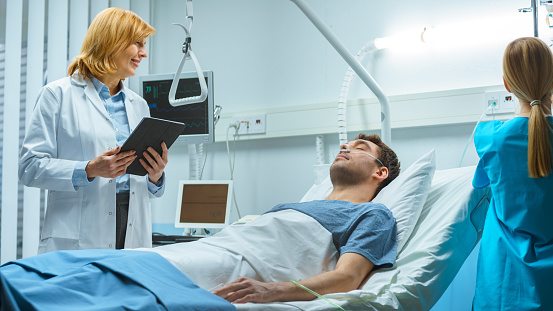 Did my doctor lie to me and overblow my condition? Is it common for hospitals to lie to patients in a way that requires a shit load of tests to nickel and dime them? Has a doctor ever lied to you and made it seem like you were going to die?

About four months ago, I was suffering from allergies and lack of sleep (primarily due to sleep apnea, which I wasn't diagnosed for but I believed at the time that I had it) I. One night, I decided to skip sleep because I was too engaged in a project that I wanted to finish. I ended up having a pretty bad fever.

I tried to go to sleep but failed, like every other night. I probably only slept for one hour at most and had really bad chills. I couldn't stop shivering and decided to wear cold weather clothing, had my thick blanket on and the heater on high. I felt very weak, fatigued and ultimately decided to go to the ER. Originally, I wanted to go to urgent care because of my issues with my allergy affecting my nasal breathing and lack of sleep but the hospital decided emergency.

The doctor was a young man, probably in his early 30s. He seemed like a joking type of guy, light-hearted, etc. As they were doing tests, the doctor came back and told me I had to stay the night (it was early morning when I went). He said that I was "seriously ill," and "sick-sick." He mentioned something about high white blood cell count and hinted leukemia (he wasn't explicit in saying that it was cancer, but he made it sound ominous and terminal, so they do more tests. My reaction was panic and despair, but the nurse told me not to worry, and that I'll be fine. I didn't believe her. They put me on IV and said I was very dehydrated and had the air thing plugged to my nose. (to be continued in my next reply)