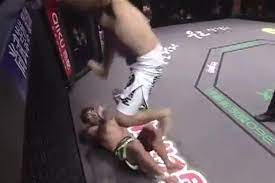 BJJ is the best fighting spo-ACK!!!
Why the fuck is this sport so common, and why are the people who practice it so excited about it, when wrestling is the objectively better grappling sport?