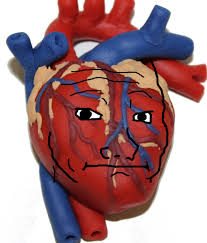 How credible is the Randle cycle? The idea that I've gathered is:
>carbs inhibit gluconeogenesis from fat
>fat inhibits gluconeogenesis from carbs
Effectively meaning that if you consume carbs + fat at the same time, neither gets properly absorbed and both go to fat storage. Now obviously this can't be absolute, 50cal of fat isn't going to prevent you from absorbing 800cal of carbs as glucose. But, can it prevent you from absorbing a notable portion of it?