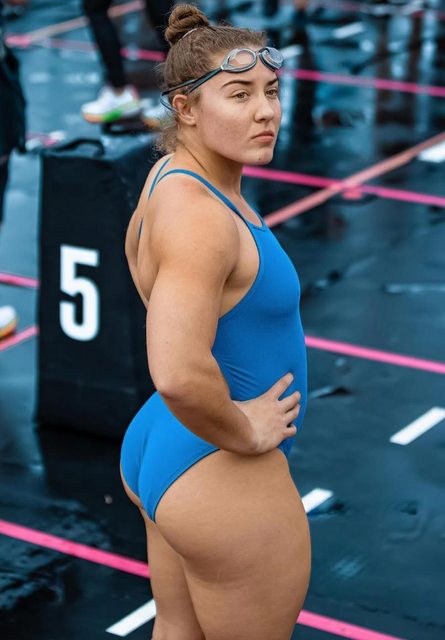 Is she the sexiest snu snu I've ever seen in my life? Yes. Would I have sex with her and lick every inch of her body? Yes. Would I massage her every single day and want my pelvis to be crushed by her gigantic muscular body via snu snu? Yes. Would I marry her? Well no - and this is the point of the thread.

1 year ago she looked like a normal human bean. Now her neck looks thicker than Mike Tyson's in his prime. She looks like a king cobra with her gigantic thick traps neck and shoulders. She looks insanely muscular. This is a 21 year old girl.

Now what's in store for her and other female athletes who abuse anavar and tren? What will she look like at age 30, 40 and 50?

She is of course makes me salivate right now because she is protected by her feminine youth but god damn surely this shit isn't sustainable for long? And for what? To come 10th in some crossfit competition?