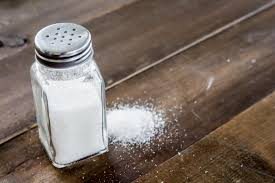 How safe is it to eat a high sodium diet? Are all the health articles I read just a meme? Im an ex-fatty in the making. Ive cut all fast food and only drink diet soda or water. I exercise daily now. Ive also got almost no time to cook or meal prep so I was thinking of turning to fresh cut deli meats and bakery bread to get a filling protein rich meal every day. Is eating fresh cut deli meat going to make me the walking HBP and cancer magnet that all these articles are suggesting it will?