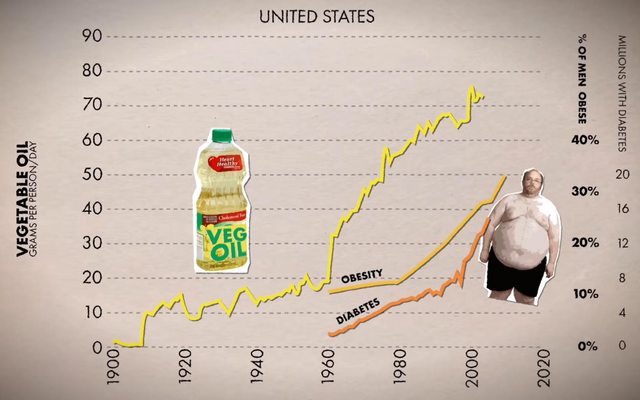 The problem is our food industry. Seed/Vegetable oil makes some people feel like they're starving even after eating hundreds of calories. Throw in high fructose corn syrup and you have a recipe for high rates of obesity. It isn't a matter of will power it is literally a matter of changing what food you eat. I switched out seed oils and I lost 150 pounds within 7 months after years of trying and failing at dieting. It literally took 0 effort (Besides ordering buckets of beef tallow) to lose weight. After eating I had absolutely no cravings and I could go days without eating (Provided I had some electrolyte water). I went over my parents house and ate one meal cooked with seed oils and I had hunger pangs for the rest of the week. Watch this video if you want to get red pilled.