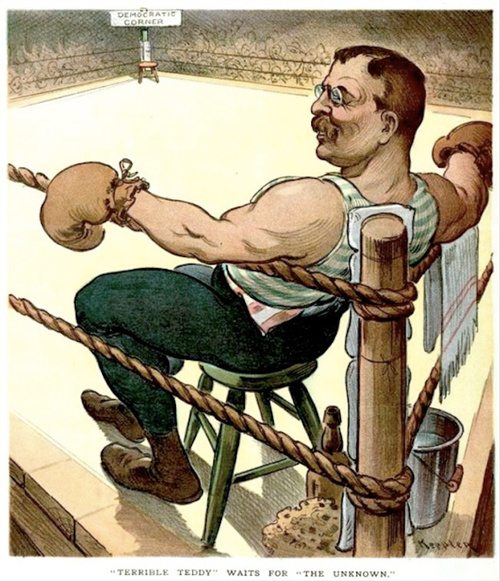 >When not hunting bears and having breakfast with his family like a mortal man, Roosevelt loved to imbibe his coffee from a cup that was “more in the nature of a bathtub,” according to his son, Theodore Jr.
>Roosevelt drank coffee all day long, adding five to seven lumps of sugar to each cup. The National Park Service, which oversees Roosevelt’s birthplace, says the president drank up to a gallon of coffee every single day. One witness even claimed to have seen the president down 40 cups in one day — that’s two and a half gallons.