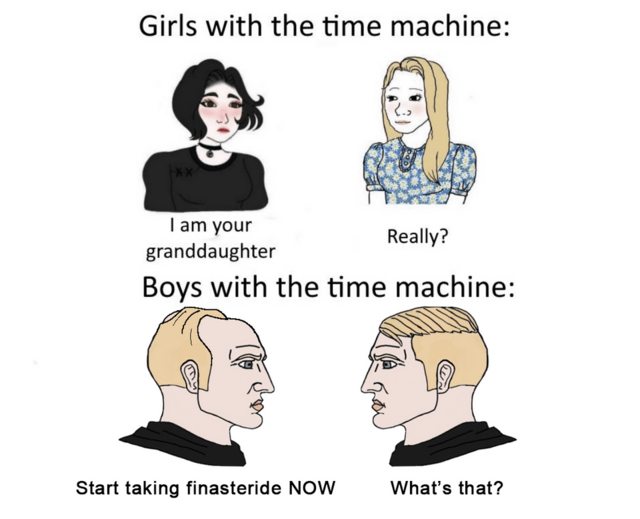 Why didn't anyone warn me that you could be going bald even without your hair falling out?