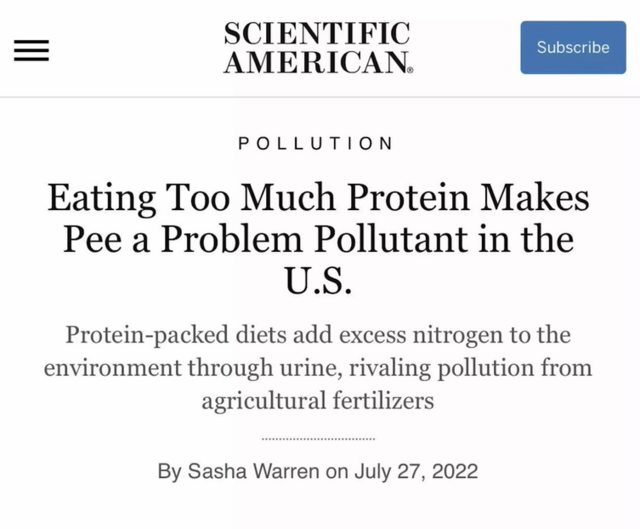 You better not eat more than 60g of protein a day, otherwise you're ruining this earth