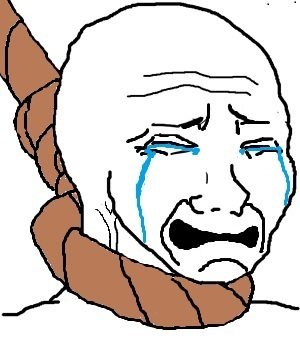 It's not just the entire dating bullshit. Your DNA defines EVERYTHING you are and ever will be. I have met a couple of identical twins and both of them were always 100% the same. Equally attractive, equally popular, equally successful at work. Sure in some cases there are differences in identical twins. I.e. if one of them gets hit by a truck then obviously it will affect his life and his psyche and he may develop differently afterwards. But obviously if the same truck had hit the other twin then he would have developed the same way.

So yes the place you grow up in, people you meet and events you encounter also play a role but how you react to those things is defined by your DNA so in the end there is nothing you could be at this point other than what you are at this point.

Your life is defined by two kinds of things:
- Things you can't change
- Random shit

You literally have no control over it. You may think: "I can change things i.e. I can go to the gym" but the truth is if your DNA and the software in your brain don't want you to go to the gym then you won't want it enough to do it. The truth is you have zero impact on your own life.

Does anyone here seriously believe that there is anything other than DNA defining who you are?