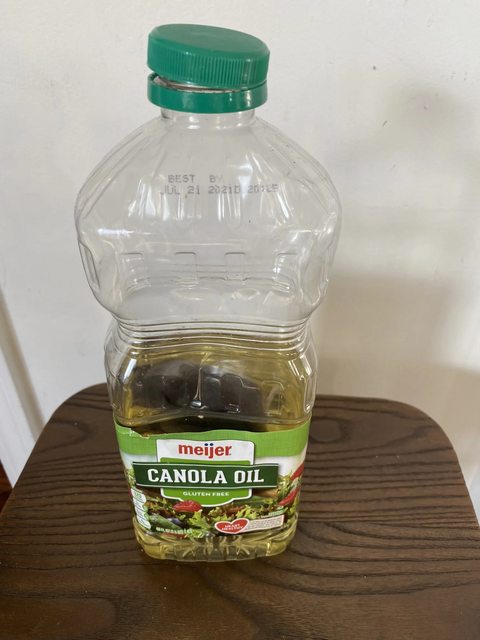 the average person eats about 700 calories of vegetable oil (seed oil) per day.
this unnaturally high amount of polyunsaturated fat was never consumed by humans until industrial seed oils were a thing and that is SURELY ok for our health.

linoleic acid, a polyunsaturated fat in seed oil, is 40x more susceptible to oxidation than oleic acid and that is surely ok for our health.
polyunsaturated fats oxidizes easily and produces oxidation products that is toxic and safe for human health because the American Heart Association says so.

one of these oxidation byproducts is called aldehyde, a known toxin.
aldehyde is found in meals fried with vegetable oil 100 times to 200 times higher than the daily recommended limit set by the WHO but it's ok because most health organizations say consuming polyunsaturated fat is ok because it just is bro.

4-HNE, the most toxic aldehyde is produced from eating high quantities of fat that oxidizes quickly (polyunsaturated fat)
4-HNE is linked to cardiovascular and inflammatory complications, diabetes, and FUCKING ALZHEIMERS (don't worry about it though, the reason why deaths linked to Alzheimer's has quadrupled in the past 30 years is because of.. uhh... just age, dude.... uh- hum- umm- uhh it's totally normal)